Proud of the fact my law firm was able to bring some justice. With this settlement, we are at least making sure Mr. Salgado’s child will have a future college education.
Bringing home the truth to the community.

No Justice. No Peace.

Back on Jan. 29, 2017, Santa Ana Gang Suppression Unit detectives patrolled a neighborhood claimed by the Walnut Street gang when they happened upon Salgado getting out of the passenger side of a car stopped at an alleyway. The young man continued walking in a direction away from the police when Prewett gave chase.

Detective Tyler Salo radioed a warning to officers that Salgado may be armed with a gun based on his observations. Prewett commanded Salgado to drop his gun during the foot pursuit. He looked over his shoulder towards Prewett instead and that’s when the policeman fired his weapon three times. A search recovered no gun on Salgado; only a meth pipe and two broken cellphones. He was pronounced dead at the scene.

“It was a tragic, unjustified shooting,” – “There really was no reason for it.” 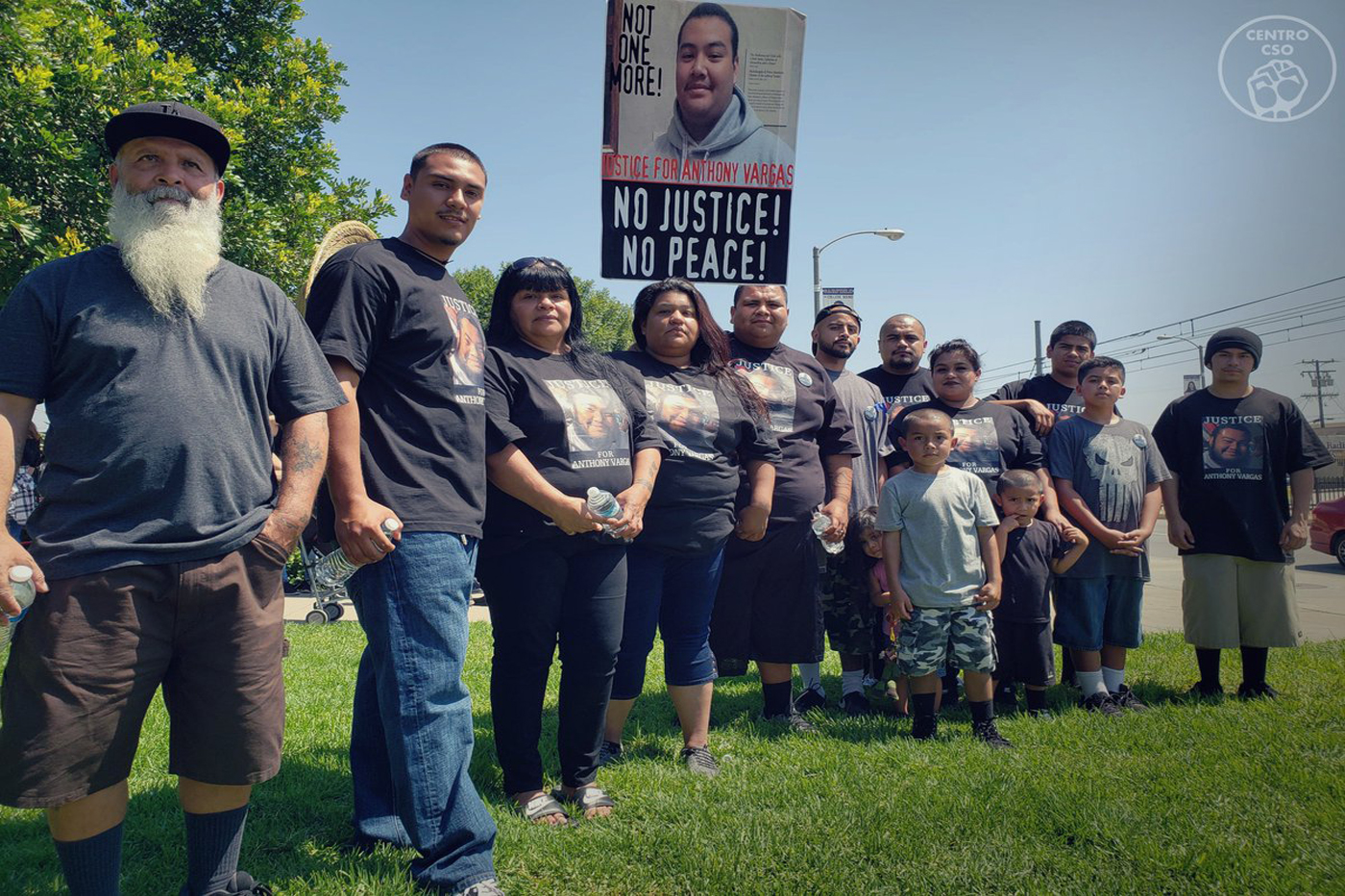